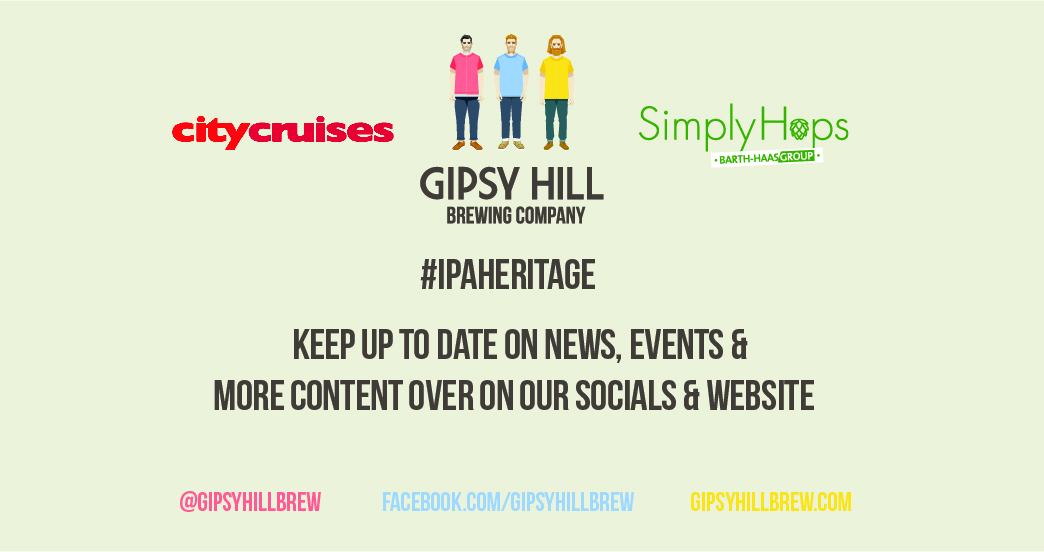 The IPA Heritage Project is a three month experiment to try replicate the conditions beer would have experienced hundreds of years ago.

You may or may not have heard something about us ageing barrels of beer on boats on the Thames. Either way, this blog is to catch you up and give you everything you need to know about the project.

It started one evening after brewing. The team got talking about how great it would be to replicate the journey of the traditional IPA to see what actually happened to the beer. An idea that started as loose conversation, cemented itself in our minds and couldn’t be shaken until we gave it a go.

There are countless different theories about the traditional IPA, with a few elements seen as fact across all. The beer was brewed and put in wooden barrels, the barrels were shipped to India and additional hops added to help the beer survive. We settled on the most famous theory – the export style pale ale.

The original export style pale ales have a romanticism about them. Pale ales brewed to be stronger and with more hops to help it last the journey. They then sat in the hull of tall ships and set sale for India taken anywhere between 3 and 4 months.

So what’s the aim? We wanted to brew an all English ingredient IPA, age it in hand made wooden barrels and sail on water for 3-4 months. We set off to research and contact people best to help us do this.

First stop, Simply Hops. Simply Hops are a hop supplier to some of the best breweries in the world. They are known for their knowledge and high quality produce. Sam met with Ben and talked through what types of hops may have been used, what flavour profile the beer could have had and finally some basic chemistry of why hops help preserve beer. Geared up with this knowledge, we build our recipe.

We settled on using a blend of quite traditional hops – Admiral, Pilgrim and First Gold, alongside a more modern variant – UK Chinook. Malt wise, we keep it simple and refined – Pale, Crystal Light and English Cara. The goal to make a bready base with earth and stone fruit notes.

With the beer brewed, we needed to source barrels. Simon (Head Brewer) had come across a article talking about coopering being a dying trade, with one master cooper left in the UK – Alastair Simms of White Rose Cooperage. We gave him a call. After quizzing us on our knowledge and making sure we knew what we were doing, he was on board. We journeyed up North to Alastair’s cooperage, to literally learn from the master. Simon spent the day getting hands on and building one of the nine barrels commissioned. Some of which have been dated at over 120 years old.

With beer in barrel, the last hurdle was finding someone to allow us 1000l of beer on their boats for three months. City Cruises jumped at the opportunity. With their large fleet, tours and pop up events, they were a perfect match. Their boats sail up and down the Thames every day, regaling the history of the Thames to all on their boats. This is only the start of the journey. The beer will be on board until the end of November.

At the end of the three months, we will take the barrels back to the brewery for tasting and testing. We have planned a tasting party so as many of you as possible can come try a recreation of history.

You should go check out the barrels on board each boats, read the story and soak up a bit of heritage. Keep an eye out for events and other info posted across our socials and website.

We will be hosting a tasting party at the end of the project to see how the beer has turned out.

Want to go check out the barrels and see the city by river? Use promo code ‘Gipsy Hill’ to get 20% off your tickets.